We look into our crystal ball and see what new slot releases are looming on the horizon. We also look at if they are worth some hype or if they will be relegated to the corner of the online casino’s dustiest servers.

You won’t have to worry about time on your hands as these releases will come well after Australian Open tennis betting has finished.

Coming from Quickspin, Volcano Riches will be released on the 13th of March. So far we know that the reels will be laid out in a 5×4 grid with 40 paylines.

The bonus features are said to also include exploding wild symbols. Quickspin have said the RTP will be around 96%. The screens that have been released make the game look very exciting.

Also set for a March release, Drums Beast is from the small developer Casino Technology. This new title seems inspired by the Guitar Hero games.

The protagonists seem to be a rock chick but the catch is she has the devil as her drummer.

While this slot’s below average RTP of 95.75% may turn some fans off, this game looks like it is set to be something quite different from the usual slot fair.

It is always great to see more rock themed slots, so let’s hope Drums Beast also has a soundtrack that lives up to the hype.

Perfectly timed for the holiday season, Easter Island will be released near the end of March. This Yggdrasil slot looks incredibly unique.

The reels spin against a backdrop of the famous island but you are also joined by a wide range of Moai statues that come along on your quest for riches.

The reels are also arranged in an unconventional 5×5 grid featuring 27 paylines. Yggdrasil rarely fails to deliver quality slots and this game looks set to be no exception to this rule.

We know from release info that there will be a respin feature and expanding wilds in the bonus features. 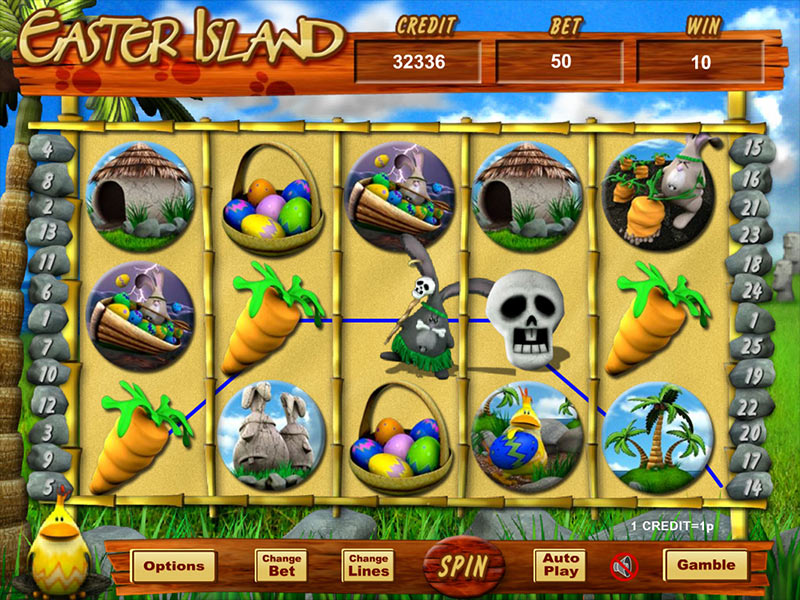 Fantasma Games are looking to expand their catalogue of slot games with two releases set for April. Spooky 5000 and The Grid will both feature standard 5×3 reel layouts with both having 10 paylines.

So far we only know the slots have a horror and a retro theme to them. Anticipation is high though as Fantasma has been releasing some quality titles recently, although rarely aimed at a western audience.

Set for the end of February, Asgardian Stones is a brand new title from NetEnt. This simple yet engaging slot looks packed with small features that all work together.

It is also set to make use of a bonus wheel and giant symbols that can crush smaller symbols below.

Also from Yggdrasil, Gem Rocks features giant stone creatures that inhabit the reels. With a 96.3% RTP and 4096 ways to win, this slot looks set to keep Yggdrasil fans very happy.

This company has been delivering quality slot after quality slot so it will be interesting seeing where they go this year.

Speaking of which with excellent games like these to look forward to, it will definitely be a good year.