Online casino game developers such as NetEnt, Microgaming, and Playtech have all promised to be releasing online slots which will blow the minds of their players throughout 2018 and we couldn’t be more thrilled.

With the popularity of online casinos being on a near-continuous rise, the demand for bigger and better online slots is showing no sign of slowing down as players return to their favourite online casinos with near religious fanaticism, time and time again.

As such, here are our top picks for the latest online slot releases in 2018.

Finn and the Swirly Spin

This may just be our favourite new online slot for 2018 as it has introduced an entirely new playing style – the entire gameplay takes place inside a big spiral.

Lining up from the bottom left, the symbols are made up of cartoon-style icons, and the aim of the game is to send a key to the middle of the spiral which unlocks the bonus games.

Finn, the game’s hero, graces you with his presence every now and then to cast a magic spell and help you get the key closer to the centre of the spiral and win money.

With 4 bonus games, Finn and the Swirly Spin is a sure-fire winner.

King of Macedonia, based on the story of Alexander the Great, was first released as a live slot machine in 2016 across land based casinos and the IGT Gaming hit has just become available online.

With epic background music good enough to rival Hollywood blockbuster soundtracks, you’ll find it hard to focus on Aussie sports betting if game is an option instead and the portrait of Alexander himself acts as an expanding Wild symbol.

King of Macedonia will keep you captivated for hours of end.

Castle Builder, a 5-reel slot, sees you building castles, summer mansions, and manors, one spin at a time.

With special symbols which help you reach your goal faster and leave you with a bigger balance than what you started with, Castle Builder offers you a sum of bonus money every time you complete the construction of a building and a choose a husband for a princess.

Castle Builder II has improved upon the concept and the game has received a graphics and sound effect overhaul.

Well of Wonders may just be the most calming online slot game of all time, never mind just 2018! The atmosphere of the entire game is fantastic and the background music has evidently been created to help you feel relaxed.

Each spin will send 6 colourful gems shooting out a well and three matching ones will make room for new gems. Each time a 3-way match is made, the multiplier increase to help boost your winnings by up to 32x! 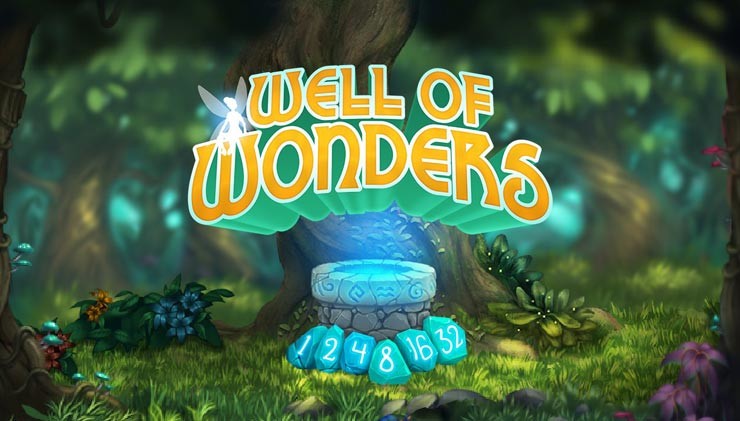 Planet of the Apes

Blockbuster sagas always make incredible online slots, and the Planet of the Apes online slot is no exception.

With two sides – one called Rise and the other Dawn – and 10 columns, Planet of the Apes features plenty of familiar faces and the soundtrack finishes this adrenaline-fueled game off perfectly.

The humans and the apes face off as usual, and you’ll feel conflicted over who to root for by the end of it. Get spinning now!